One of the great pleasures of working in educational technology is facilitating the creativity of students and faculty. Especially at Canada’s oldest art and design university, OCAD University. Understanding and enabling the creative process with technology is revelatory: I’m always delighted when a faculty or student takes some technology and does something completely unexpected with it. This is precisely what happened when Assistant Professor Patricio Davila and student Ivan Sharko dropped by my office in the Fall of 2010, asking to have a look at our Microsoft Surface. 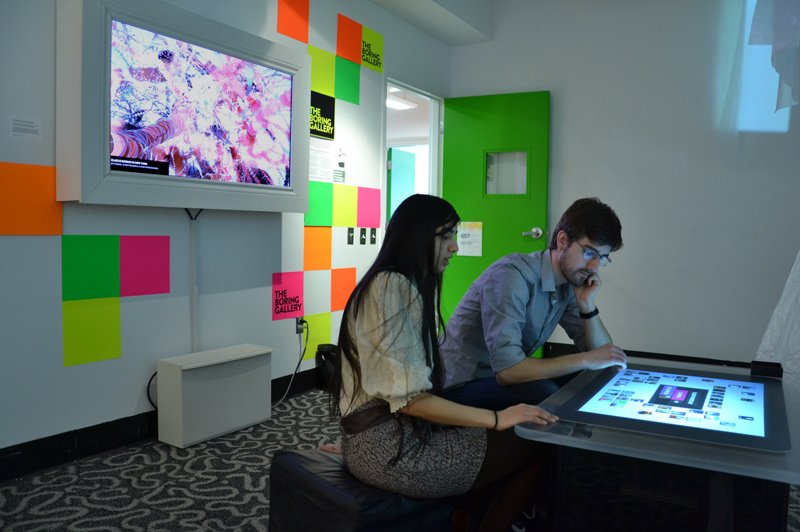 The Boring Gallery at “The Show Off”: the 96th Annual Graduate Exhibition. Installation View.

Innovation at OCAD U

First, a bit of context. OCAD University has produced no shortage of innovators such as David Rokeby. Michael Snow and Simone Jones, who have engaged critically with technology and early computers. OCAD U has been doing so for 135 years in traditional media and since the 1970’s in digital media. When Microsoft introduced us to the Surface, it stirred considerable excitement amongst the faculty at OCAD U; but the development environment was unfamiliar to most.

The Surface is a table like hardware device that provides a touch-screen computing experience that is large enough to facilitate collaboration amongst several users due to its scale. It’s a beautiful device and borrows some aesthetic cues from arcade games of the 1980’s and science fiction. However, the faculty and students were unfamiliar with the software required to program it: it relies on knowledge of Windows Presentation Foundation (a part of the .NET 3.0 stack) and C# or Microsoft XNA (the game development platform for Xbox). As Davila explained, there was as simple way around this: Adobe Flash. Flash is taught across a number of design courses and students have broad access to the software, either through our computer studios or our mandatory Laptop Program where every student has a license of Flash on their laptop. Furthermore, students can access Flash tutorials through our license for Lynda.com, so they can personally tailor their learning to the application. As a programming environment and an animation and design tool, Flash is naturally more familiar and comfortable to art and design students. 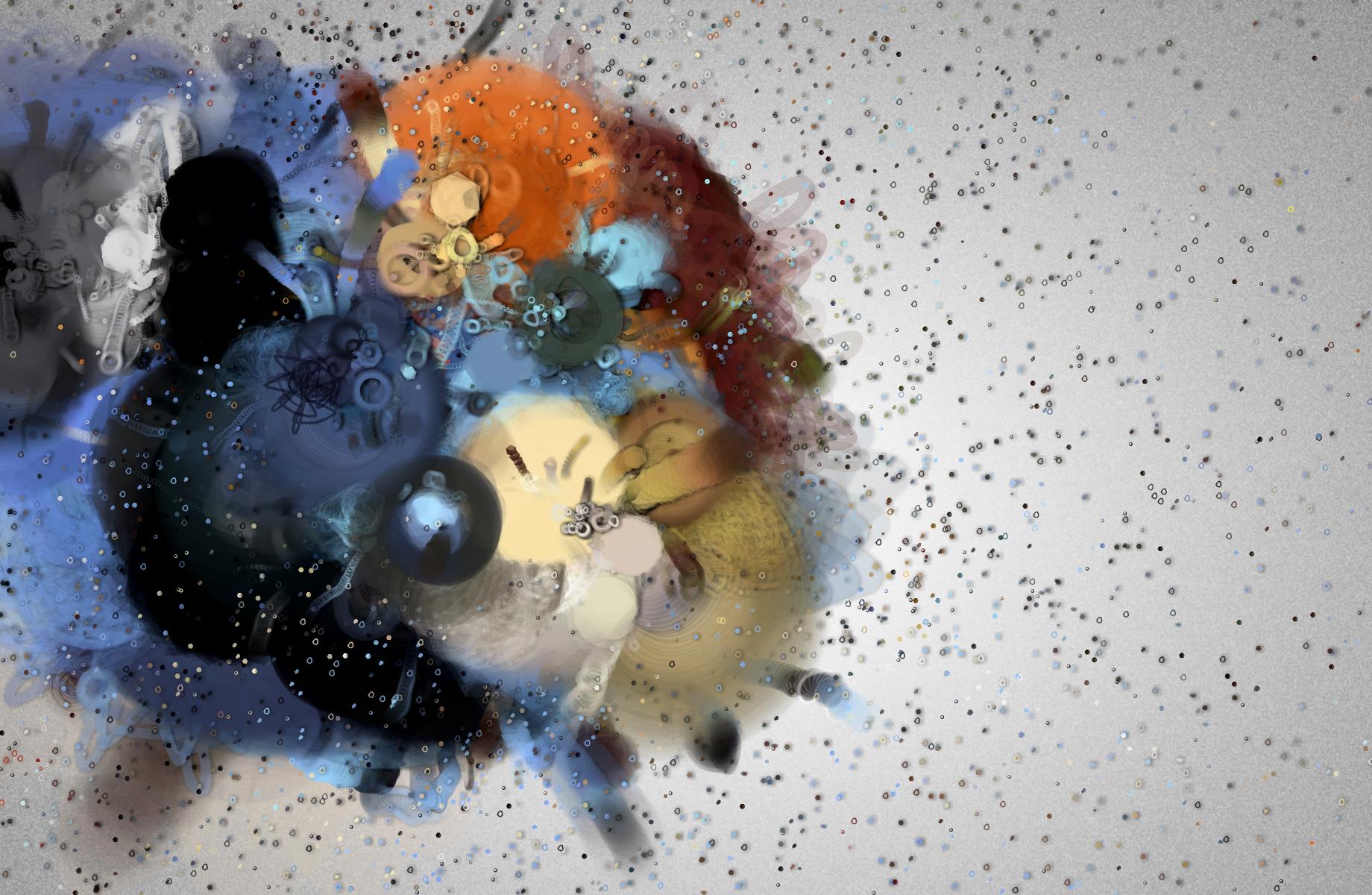 Connecting the Surface to Flash

In order for Flash to communicate with the Surface, a series of open-source projects and components originating at the University of Konstanz (Squidy), RheinMain University (SurfaceToTuio), and by Georg Kaindl (UDP Flash Lc bridge) create the bridge to TUIO, an open framework for tangible multitouch surfaces, and then eventually to Flash Actionscript 3.0. Sharko had first been introduced to TUIO in Davila’s Data Visualization course, where they used Processing to develop applications on the Surface. “He made one or two initial sketched with Processing in the Data visualization class. Ivan went off using Processing, creating initial sketches, and then decided to switch to Adobe Flash for his Thesis Project.” Davila explains. Over time, Ivan migrated to Adobe Flash: “I felt more comfortable with AS3.” The results were fairly impressive.

Ivan sought to turn the activity on social networks into a critique. As Sharko explained “I became bored with people’s status updates, feeds and content on social networks.” So, he started conducting research into what people on Twitter found boring. “When I was doing my research about people being bored, I wanted to find out what bored people in different cities and see if there were differences from West to East Coast. But it was hard to get sufficiently detailed geo-location data to make the point so I decided to take more of an artistic approach […] seeing if there are images of the boring things people talk about on Twitter, and check on Flickr for photos that match the tweets.”

Sharko’s The Boring Gallery is an interactive application that creates generative artworks from images culled from Flickr, gestural input, and the monitoring of Twitter feeds in 6 cities: Chicago, Atlanta, Toronto, New York, Los Angeles and London. Users select a city, then the boring subject, and then the application pulls Flickr images to match the content. The images can then be manipulated using the Hype Framework by Joshua Davis who Sharko explains “is one of my inspirations.” All of this is wrapped up in a beautiful application built on the TUIO open-source frameworks and Flash Actionscript 3.0, running on the Microsoft Surface. It’s this unconventional approach to data visualization that is germane to the history at OCAD U and the engagement with new media. 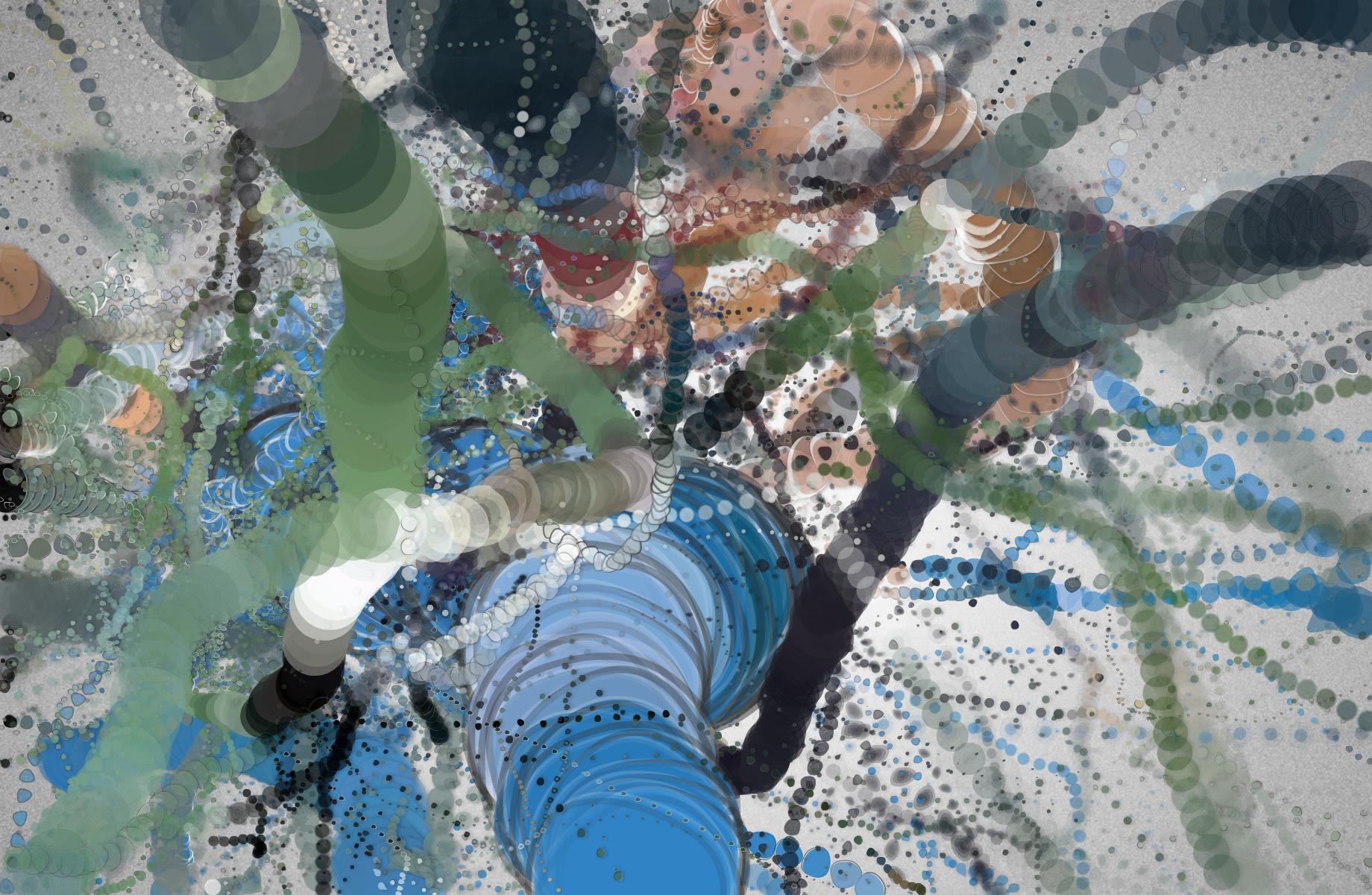 Davila explains “The Data Visualization course is more about the programmatic and algorithmic. We take students who have no exposure and give them an introduction to object-oriented programming.” On the theory side, students are introduced to the ideas of Stuart K. Card and Edward Tufte, but Davila emphasizes the expressive nature of the discipline: “There is a dichotomy: it’s a tool and a form of expression. Ivan took both sides: part of the expressive nature and part of the exploratory.” As Davila indicates, designers have an editorial role: they privilege some information, omit others for clarity, and sometimes this is ideological: I’ve experienced this first hand in my own work, and Davila underlines the implications. “From an expressive point of view, it can change meaning” points out Davila, even in interactive pieces where the user is given the impression of freedom, that they are seeing the whole image, yet the designer has created the boundaries in which the user plays.

Like many users, when I first used the application, I didn’t realize that the application was building a photograph: as I gestured to a few different photographs that appeared after my initial selection of “Toronto” and “Life is Boring” the Hype Framework kicks in and starts to manipulate the images, along with the users gestural input. “The first few times it appears to be abstract and random, but then you realize there is logic and purpose […] many users were stunned or impressed by it” explains Sharko. As people streamed through “The Show Off”: the 96th Annual Graduate Exhibition I saw my experience reflected: surprise and delight.  “It makes use of the technology in an interesting way, it’s playful, it’s advanced, and doesn’t have too many pretentions about what it is […] I enjoyed it, and I encouraged him to get feedback from users in the design process” explained Davila. Going out to the potential users and getting them engaged in the process is one of the elements that built user engagement in the piece, and a cornerstone of HCI. 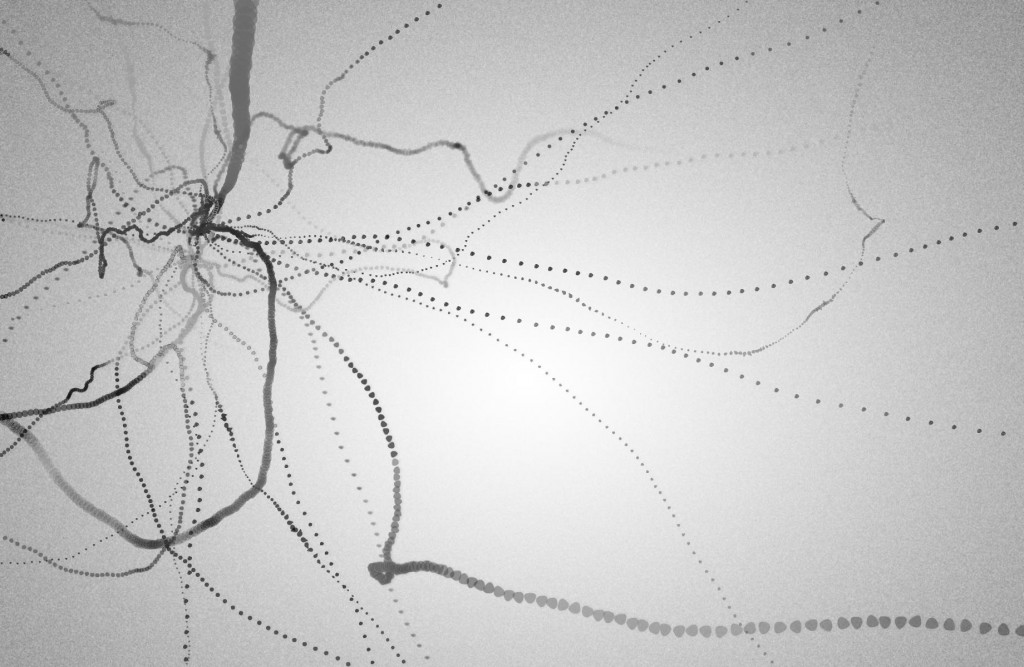 It’s this attention to the emotional qualities of our computer interactions that produces better student work, and reflects Sharko’s own creative goals. “We’re stuck in front of the computer for 10 hours a day and perhaps we’re bored for that reason,” muses Sharko, and his application certainly gives pause for thought with our own gestures, our level of engagement and what we think is interesting. One person’s boring is another person’s delight, and this is especially true for the artist or designer. This sort of thinking is pervasive across OCAD University’s programs in art and design: I look forward to the next time I can facilitate turning something #boring into #inventive, #creative, and #critical at the university of the #imagination, OCAD U.

For more on The Boring Gallery visit the website, Vimeo or the Twitter. Sharko works for Sid Lee in Toronto. Patricio Davila is a designer, researcher, artist and Assistant Professor at OCAD University. 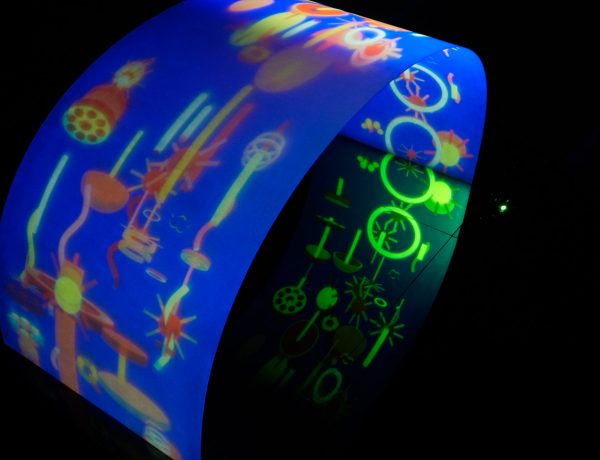 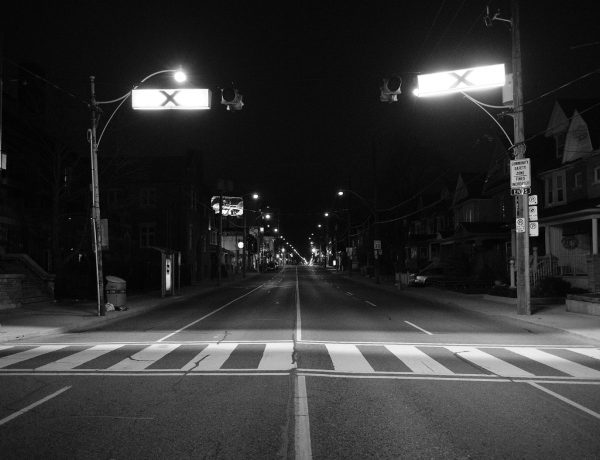